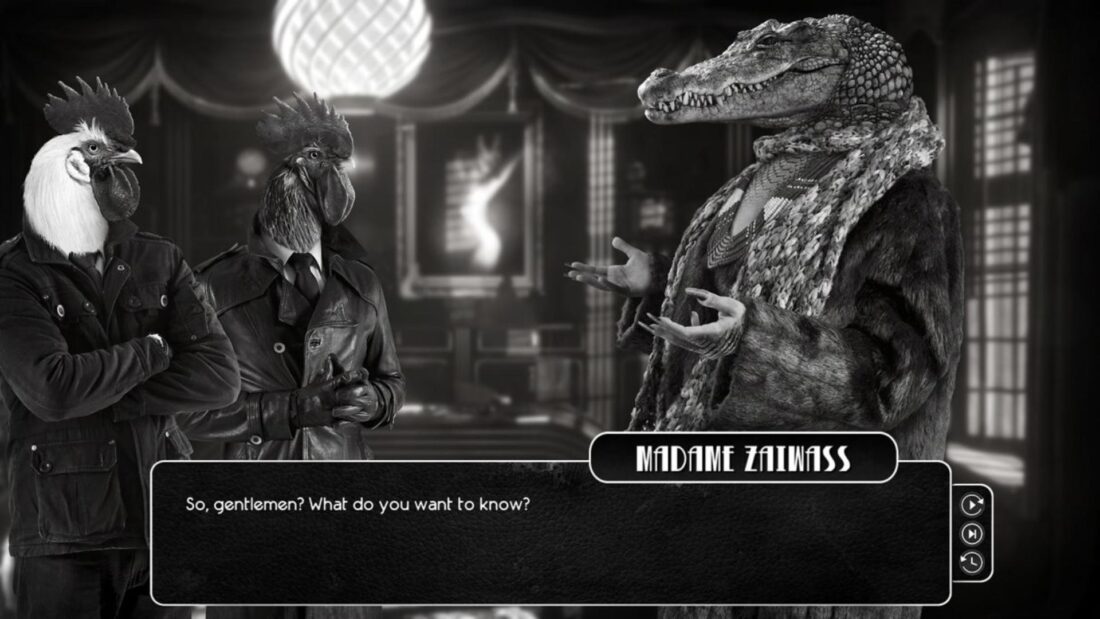 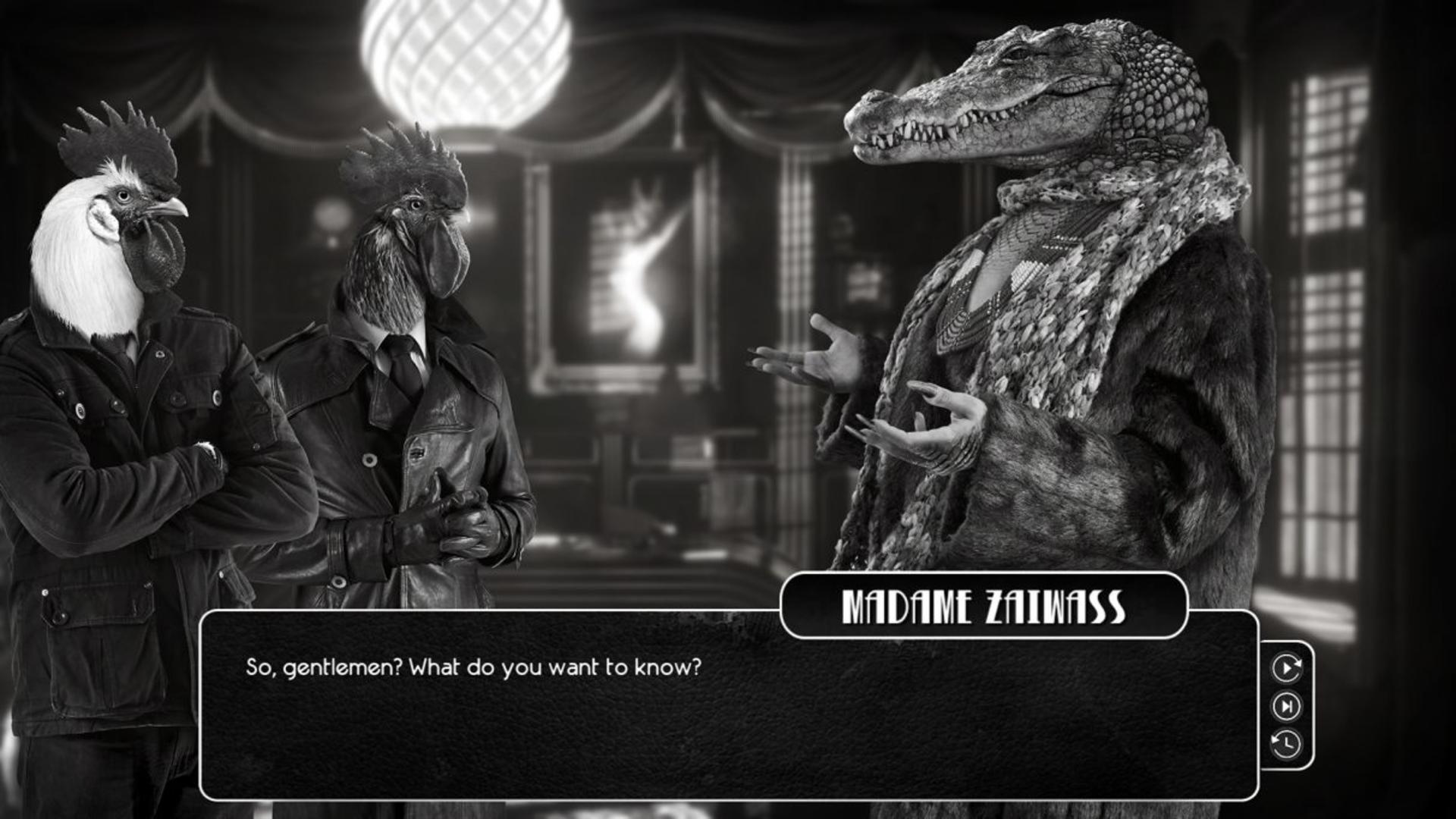 Most cops are pigs, is the going theory. But in the rain-swept noir world of Chicken Police, at least two of them are poultry policemen. The monochromatic farmyard murder mystery begins its investigation today, a cinematic point ‘n’ click thriller about two bad birds getting back together for one last case in the dead of night. After all, in the city of Clawville, every animal is nocturnal.

Not sure you’re up for the job? Fortunately, Chicken Police launches with a free demo, letting you dip a clawed toe into the anthropomorphic mystery.

To experience this #content, you will need to enable targeting cookies. Yes, we know. Sorry.
first spotted Chicken Police after an exhausting E3 2019. Sure, he wasn’t actually sold super hard on the premise – a crime caper in the seedy underbelly of a city where predators and prey have learned to live together (or have they?!). He was, however, absolutely floored by the look of the thing, chickens and racoons and cats all dolled up in grim leather jackets.

I can’t say I blame him. Bloody hell, I mean, look at that crocodile in the header image. Incredible shit.

It actually reminds me a lot of Aviary Attorney, which used a clucking cast to pen a Phoenix Wright-style legal conspiracy in 1840s France. But where that game opted for period-appropriate sketches, Chicken Police opts for a Sin City-inspired look. Monochrome background photos populated by shots of actors with animal heads superimposed on top of them, splashes of colour punctuating dramatic shots.

As for what you actually do, Chicken Police appears a fair mix of visual novel-style storytelling, punctuated by minigames and unsettling cutscenes. It looks like there’s a good deal of L.A. Noire style investigative conversation, too, reading a shifty mouse for tics and guilty looks. Good to see you might have to do some actual policing, after all.