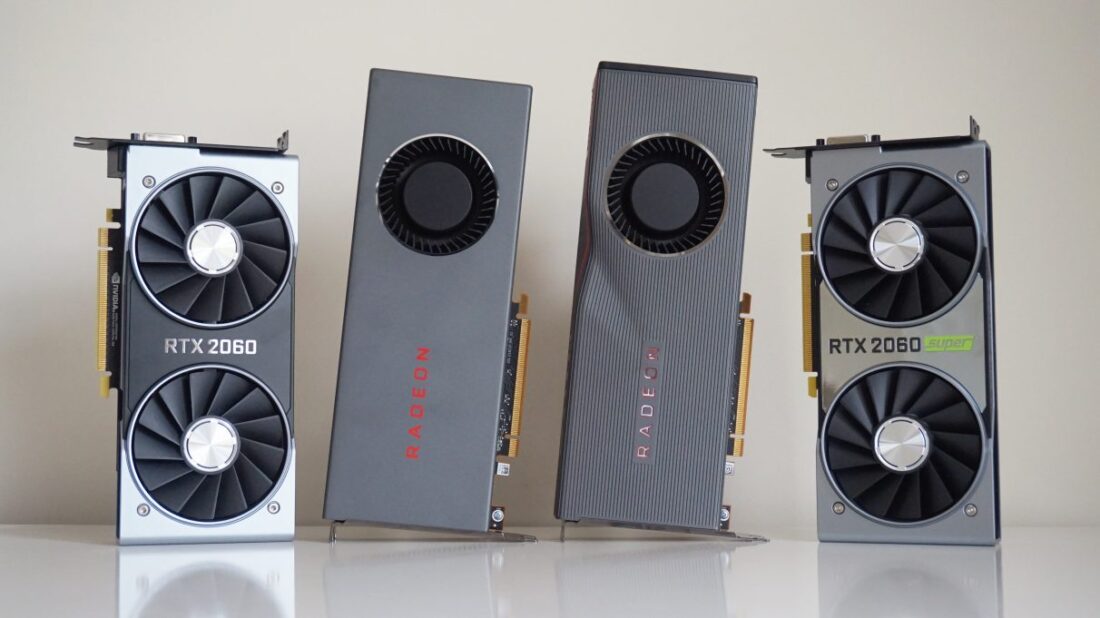 Black Friday 2020 is very nearly here, but there are already loads of early Black Friday PC gaming deals that you can get right now before the big day itself on November 27th. Several retailers have already started their Black Friday celebrations in the UK and US, with many guaranteeing that prices won’t fall any further over the coming weeks. So why wait until Black Friday proper when you can bag yourself a bargain early and avoid the rush?

Of course, most of the best Black Friday PC gaming deals will still be clustered around the two weeks leading up to the main event, but to help you make the most of all these early Black Friday deals taking place, I’ve rounded them all up below so they’re in one handy location.

RTX 3080 for half price or anything (if you can even find one in stock, that is), but if you’re looking to pick up some of last year’s best gaming CPUs or best gaming headsets on the cheap, then this could be a great time to do it.

You can also find all of the deals mentioned below in our dedicated Black Friday deals hubs, which we’ll be updating regularly with new deals over the coming weeks. Here they are in full: 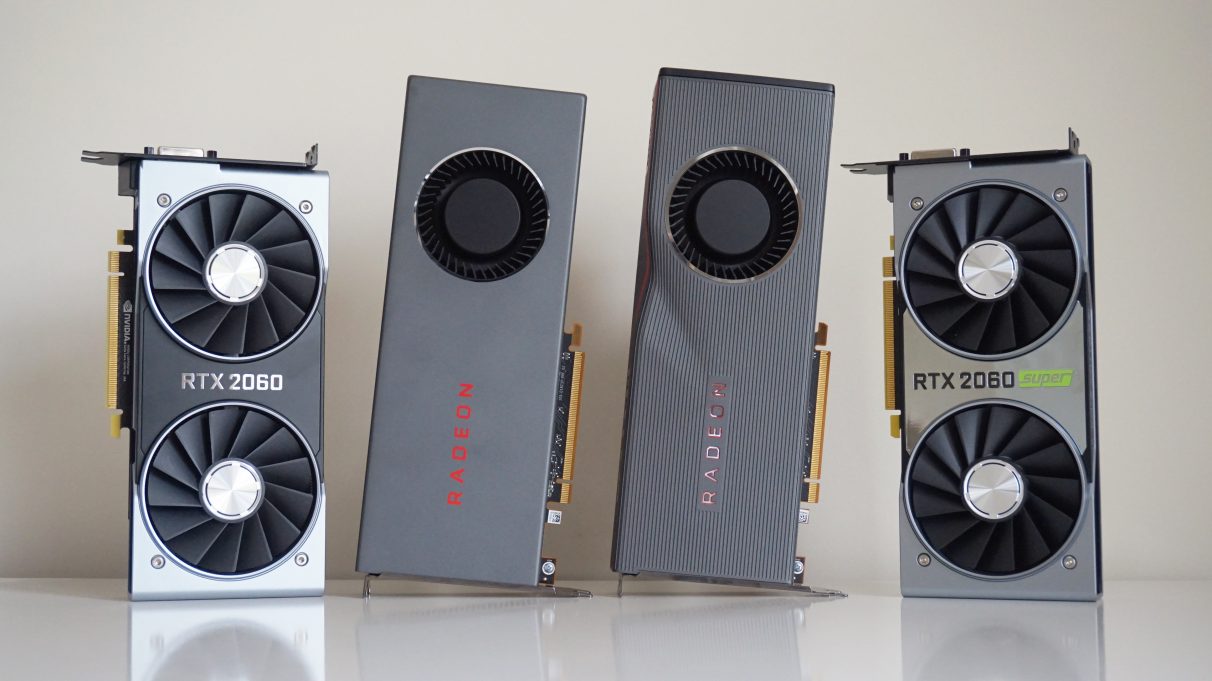 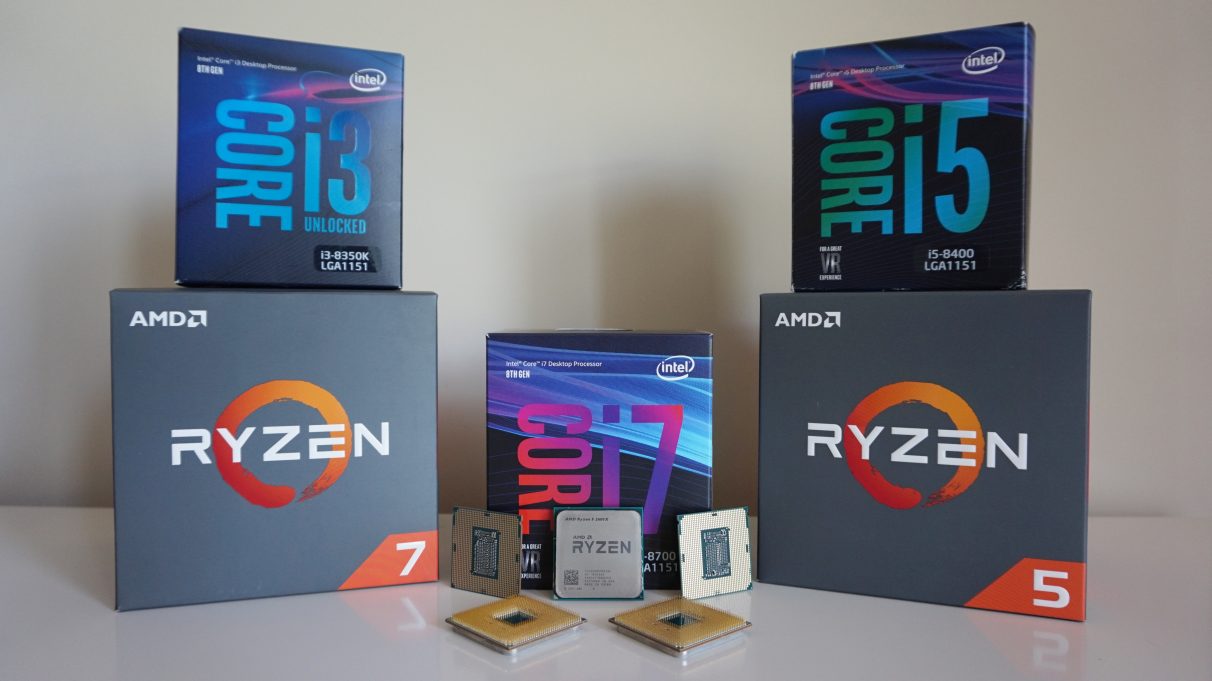 The Core i7-9700K remains a great processor for high-speed gaming, even if its performance is pretty much on par with Intel’s newer Core i5-10600K. It also comes with a free copy of Marvel’s Avengers, too.

This 12-core CPU is one of AMD’s top 3rd Gen Ryzen processors, although it’s really geared toward creative media professionals rather than PC gaming. Still, if you use your PC for more than just games, the Ryzen 9 3900X won’t disappoint. 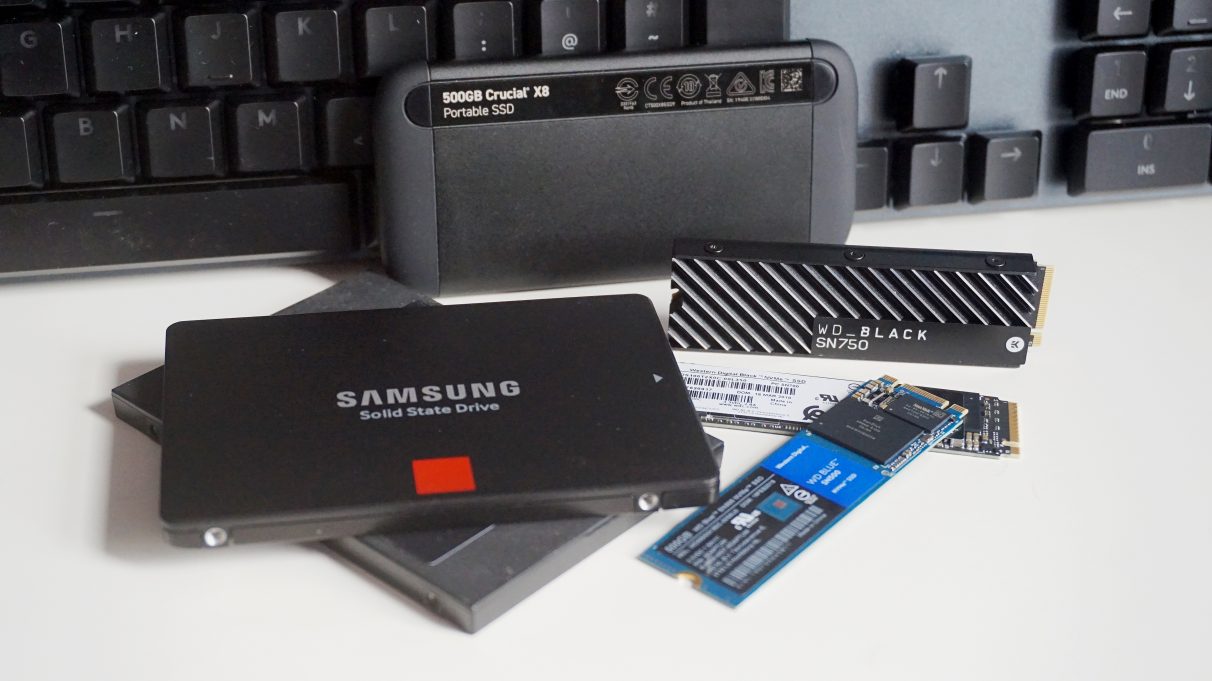 A fantastic deal on one of the best budget SATA drives around, the 250GB model of Crucial’s MX500 is currently at an all-time low price, beating last year’s Black Friday price and what it cost over Prime Day. It’s an early Black Friday deal, too, so it won’t change in price unless it sells out.

Our favourite NVMe drive isn’t quite as cheap as its Prime Day prices just yet, but Ebuyer’s early bird Black Friday prices are still pretty good compared to their historic pricing from the rest of the year. While the 1TB drive normally goes for £95+, the 500GB usually costs upwards of £60.

The 1TB model of WD’s super fast SN750 NVMe SSD fell to a low of £120 over Prime Day, but both Overclockers and Amazon now have it for £126. Amazon may yet drop it again closer to Black Friday, but this is one of Overclockers’ current Black Friday deal prices. It’s still pretty low, all things considered, as it’s ranged from £140-165 for much of the last nine months.

One of Ebuyer’s early bird Black Friday SSD deals, this drive is pretty cheap as 1TB NVMe SSDs go – and it hasn’t been in stock on Amazon for months. You can currently import one from Amazon US for a similar price, but if you want to get it straight from the UK, this is the place to get it from.

The 1TB model of WD’s Black SN750 has been cheaper in the past, dropping to a low of $120 on Amazon US a few weeks ago, but both retailers are now selling it for the same price. Amazon may well drop prices again closer to Black Friday, but this is likely to be the lowest price you’ll get at Best Buy this month given it’s part of their early Black Friday Holiday deals season.

It may only support the slightly older USB 3.1 Gen 2 standard compared to the latest USB 3.2 Gen 2 speeds like the Samsung T7 Touch below, but the WD My Passport SSD is still a very fast (and great value) external SSD in its own right, particularly compared to Samsung’s older T5 Portable SSD.

Part of Best Buy’s ongoing Holiday Black Friday deals season, the price of this 2TB model of the Samsung T7 Portable SSD picks up where Amazon’s previous ‘Epic Daily Deal’ left off. Alas, Best Buy’s price is $50 more expensive than Amazon’s 24-hour deal on this huge 2TB SSD, but this is the next best price right now. 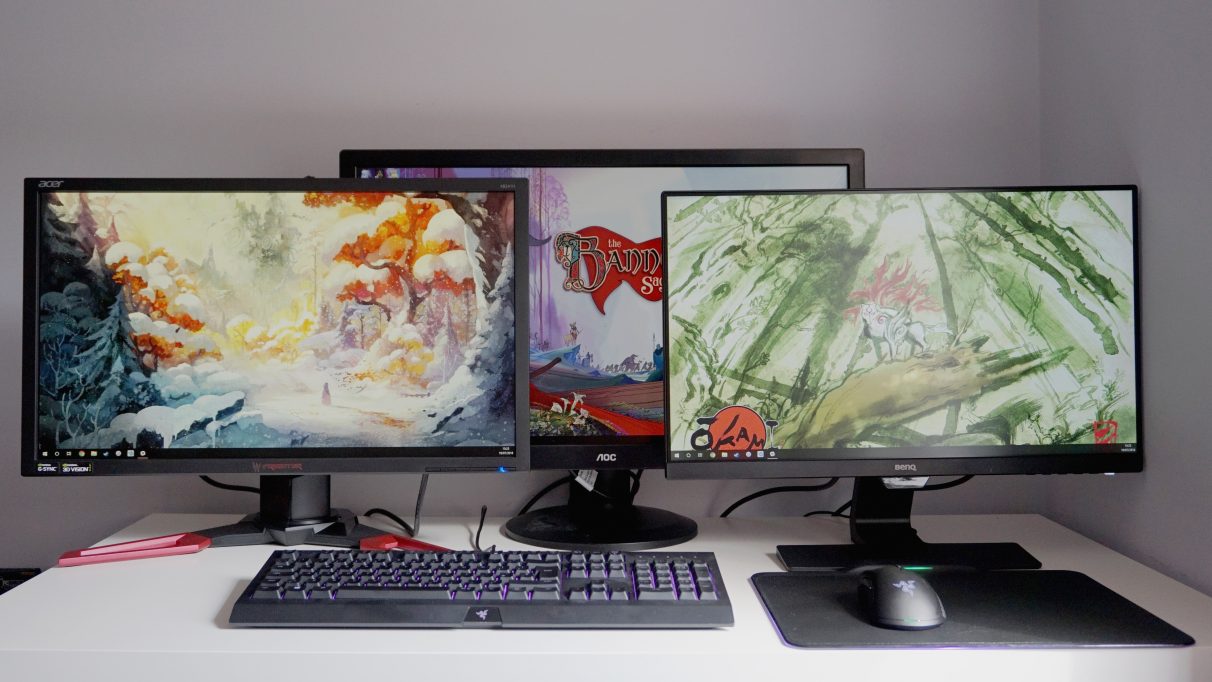 G-Sync Compatible monitors, this 27in 1920×1080 monitor is a great fit for those after a large gaming screen with a high 144Hz refresh rate. Its resolution may be a bit fuzzy for long stretches of work and web browsing, but as a pure gaming monitor there’s a lot to like here. 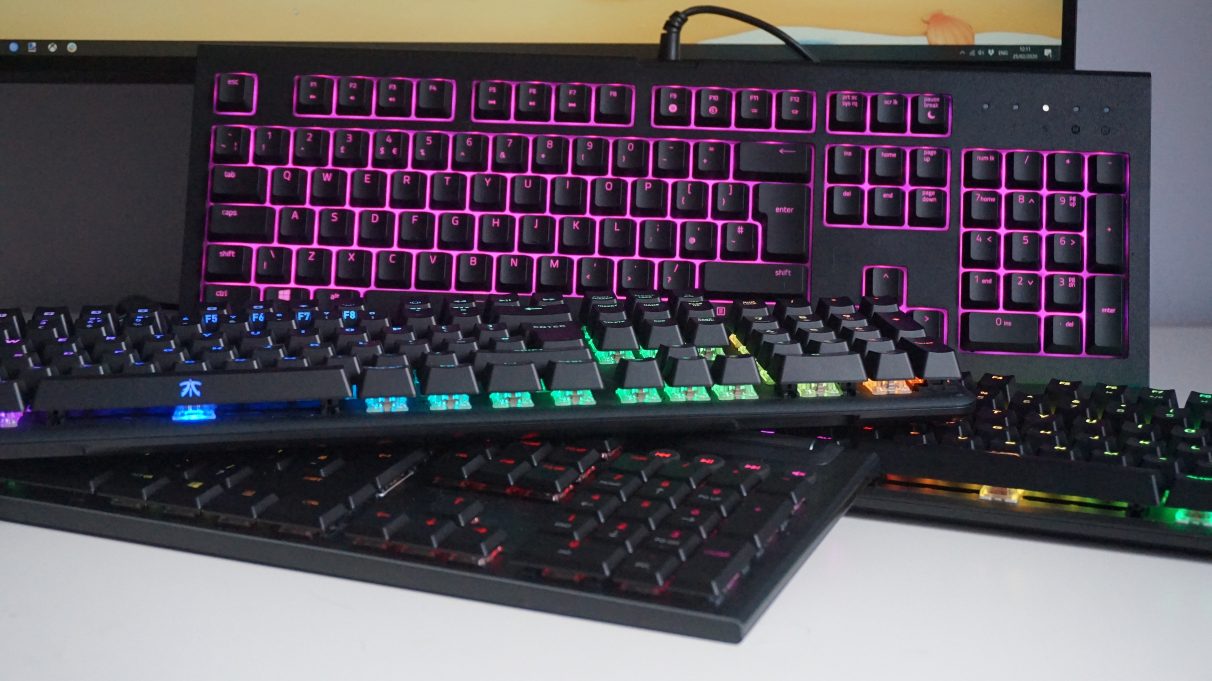 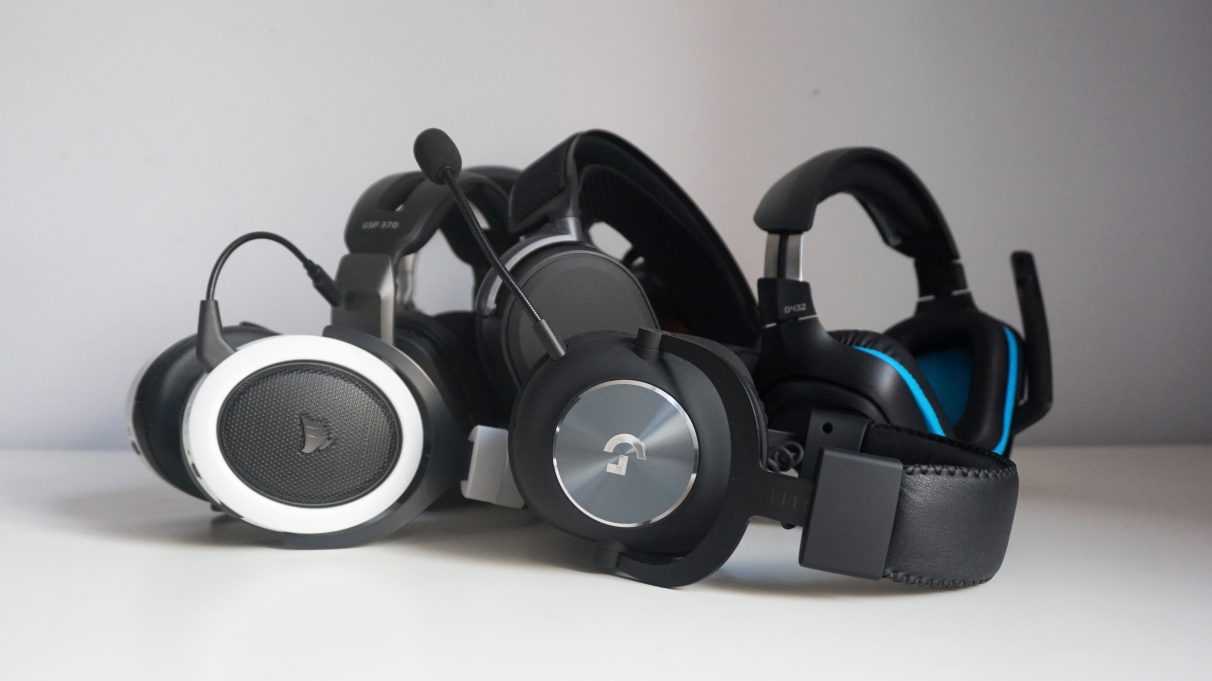 One of Amazon’s early Black Friday deals, the Fnatic React is a great all-round gaming headset – especially at almost £20 off its usual price. Its audio is great, it’s comfy and it has a good microphone, and a great bargain at its current price.

Not as cheap as it was over Amazon Prime Day (where it fell to £44), but aside from that, this is still a decent enough price for Razer’s 7.1 surround sound gaming headset. It’s been at least £70 over on Amazon for the past four months, making this a decent, if slightly modest saving compared to its usual price.

The Kraken wasn’t on sale over Prime Day in the UK (only in the US), so this one is a little easier to judge. Indeed, apart from a very brief dip to £47 for a week in August, the Kraken has been at least £55 ever since April over on Amazon, so while not a massive saving, Ebuyer’s early Black Friday price is still (slightly) cheaper than Amazon prices right now.

Sennheiser EPOS’ headsets are some of the most expensive gaming headsets around, but Overclockers’ early Black Friday deals have shaved over £130 off their flagship headset, as well as its accompanying amplifier which has its own dedicated DAC for superior sound quality. It’s quite a bulky headset, though, and the quality of its sound is very heavily biased toward the bass end of the spectrum, too, which may not be to everyone’s tastes.

Not a huge saving compared to its usual price, but considering the G432 has been out of stock or sold at vastly inflated prices for most of this year, this is a welcome discount indeed – especially as it’s one of the best budget gaming headsets you can buy today.

Alternatively, if you don’t need or want the G432’s extra 7.1 surround sound feature, this is the stereo version of Logitech’s excellent budget headset, and another great steal at just $30.

The Blackout version of HyperX’s popular Cloud Alpha headset, this all-black edition is currently $15 off as part of Best Buy’s early Black Friday deals. There’s a lot to like about this headset, including its brilliant sound quality and top notch premium design.

The wireless version of the excellent Corsair Void RGB, this is a great price for a wireless gaming headset, especially when it’s one of the comfiest headsets you can buy today. 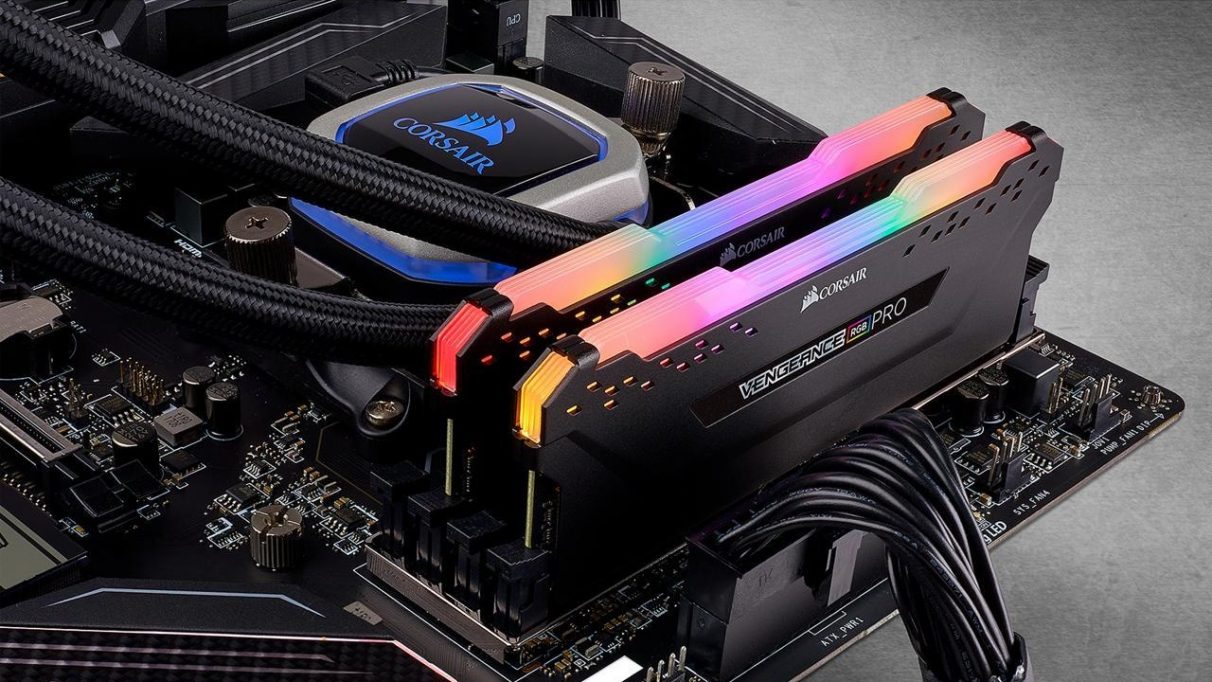 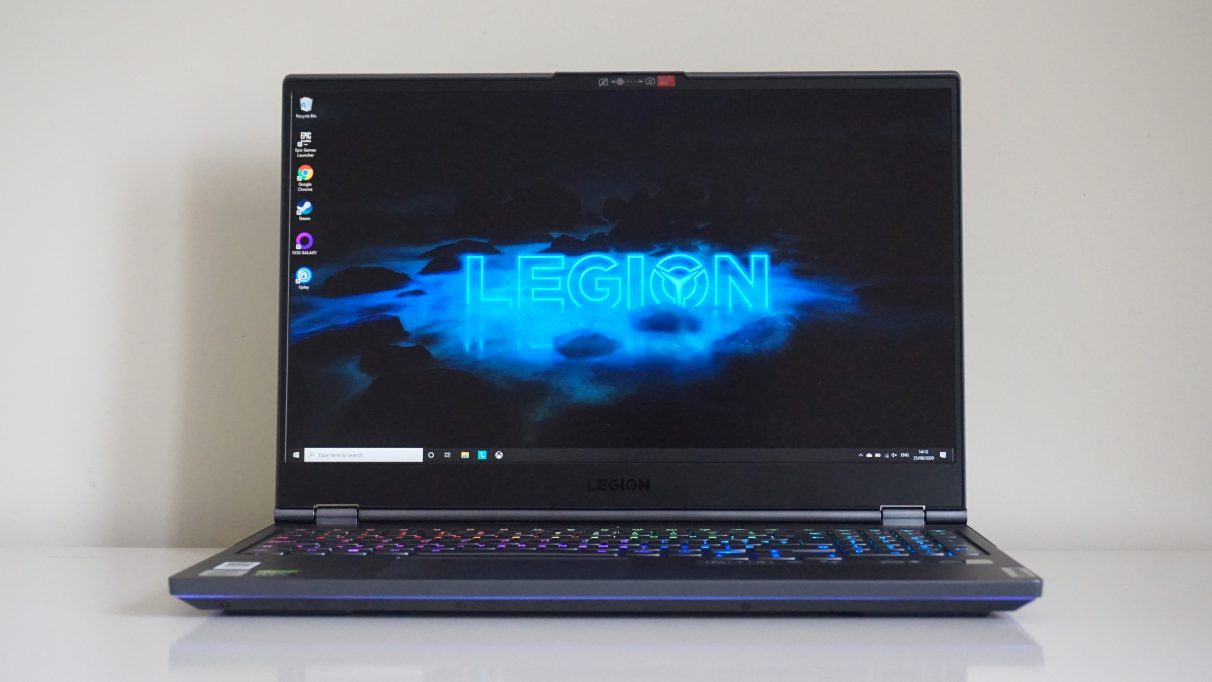 The best way to see if you’re getting a good Black Friday deal – on Amazon, at least – is to install a price tracker extension in your web browser. I use CamelCamelCamel and Keepa for Chrome when I’m writing about deals for RPS, and they’re extremely useful to see how prices for individual products have changed over time. The former hasn’t been tracking as many Amazon products since the start of the pandemic, so you may wish to stick with Keepa (which is also available for other web browsers) instead to get the best information.

Alas, tracking prices on other websites is much harder unless you start making (and checking) your own dedicated list. However, even if you want to avoid Amazon like the plague, installing a tracker like Keepa can still be a useful tool to help you check deals elsewhere. Amazon hardware prices are usually a pretty good barometer of how much things have cost over time, for example, and Keepa lets you look back at some pretty historic pricing information, too. You can filter it to show prices from the last week, last month, the last three months, the last year, or even the entire product’s pricing history if you want the complete lowdown. As a result, you can use this information to compare with other deals you see around the web to help you get a good price – even if you don’t end up shopping at Amazon.

Follow our detailed deals coverage for all the best discounts