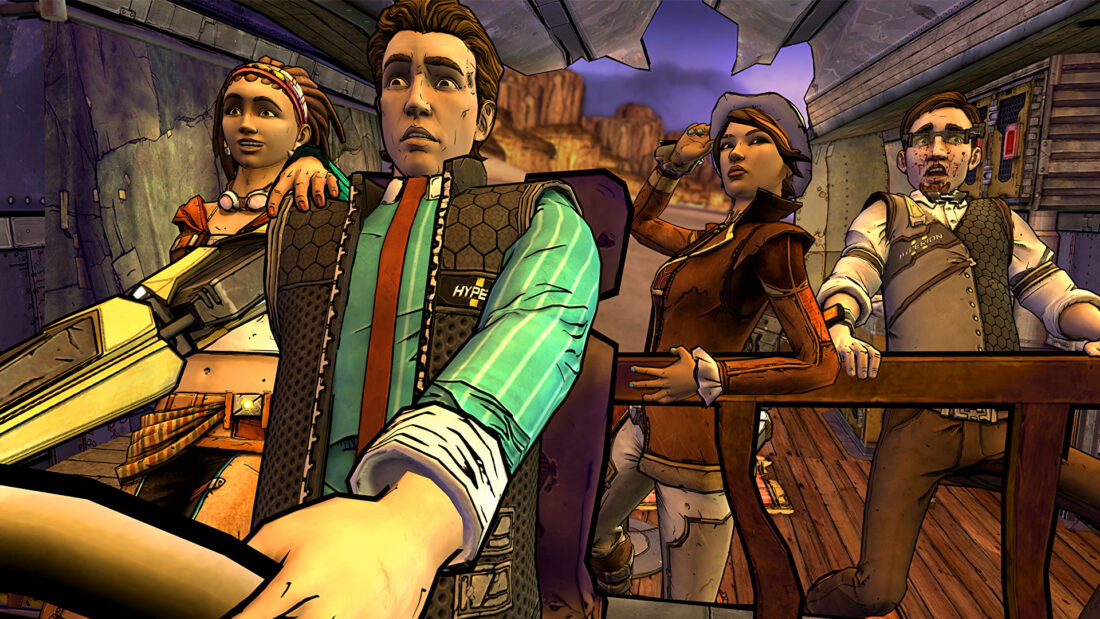 Telltale Games‘ episodic Borderlands spinoff story Tales From The Borderlands was removed from sale after the company closed along with many of their other games. Gearbox, developers of the Boderlands series proper, have now announced that this particular narrative adventure is making a comeback next week on February 17th.

It’s a classic Telltale romp with quips and quicktime events and episodes and all. The story is set after Gearbox’s Borderlands 2, following Hyperion employee Rhys and con artist Fiona on a cash grab hijinx. If you didn’t give Telltale’s take on the goofy sci-fi series a shot back when it first released, it seems worth going back for after it returns.

Borderlands isn’t the first Telltale game to make a return after the studio closed. Former members got together under the name Skunkape Games to release Sam & Max Save The World Remastered late last year, an updated version of one of their earliest episodic games.

By the by, Gearbox also announced a director’s cut of Borderlands 3 that will release on March 18th.

You can find Tales From The Borderlands over on Steam. It was originally available on GOG as well, though it doesn’t appear to be back up there just yet. Gearbox say it will be available next Wednesday, February 17th.