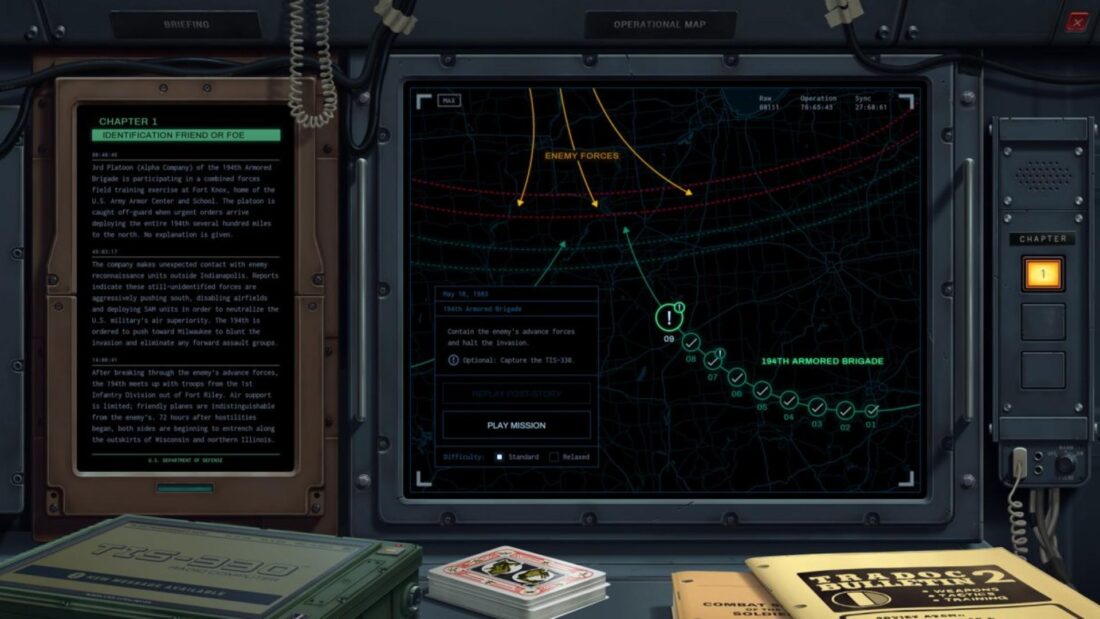 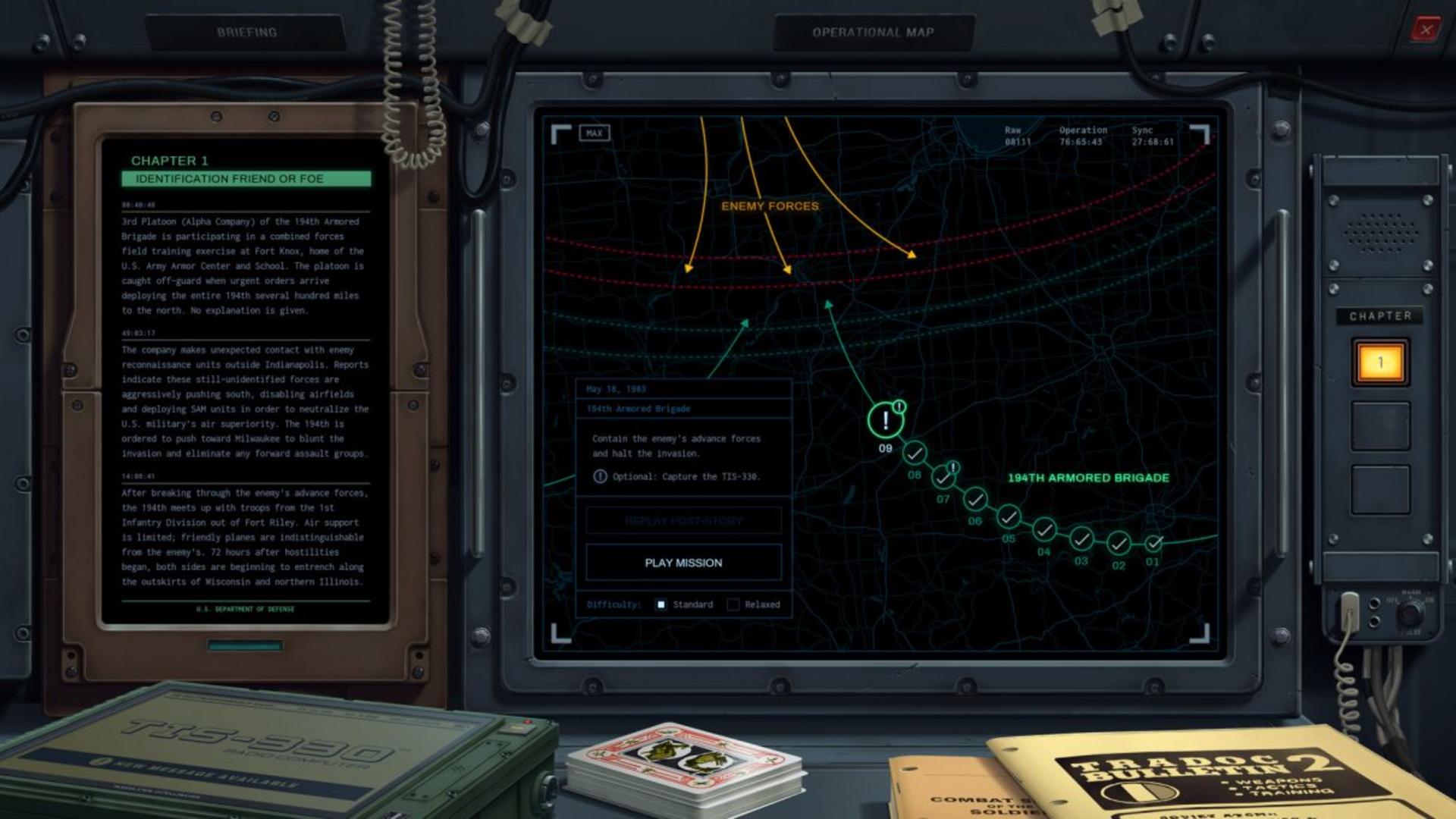 It’s the mid-80s, and the United States Of America is about to face its most dangerous enemy yet – itself. Out today, Möbius Front ’83 is a new tactical wargame from Opus Magnum and Infinifactory developers Zachtronics, a dimension-hopping military strategy romp that sees the puzzle boffins take their shot at a more violent form of problem solving with troops, tanks and attack helicopters.

For the sake of the Americans in the audience, I’ll try not to make too many jokes about America being its own worst enemy. But hey, at least you’ve only got one USA to stress over.

To experience this #content, you will need to enable targeting cookies. Yes, we know. Sorry.
Into The Breach taught us anything it’s that a battlefield can easily become a game board, as you manoeuvre your various troops around the field according to their strengths and weaknesses.

Those quieter puzzles aren’t entirely absent from the Front, either. In between missions, it sounds like there’ll be plenty of “Zachtronics-style puzzles”, plus whatever a “new kind of solitaire” looks like and fully voiced cutscenes driving the plot further into intrigue. There’s even a library of real-world U.S. military manuals for you grognards to pore over, the kind wot allegedly inspired the game to begin with.

This wouldn’t be the first time Zachtronics has branched away from systemic puzzling, of course. Eliza saw the devs branch into visual novels, telling a story of tech culture, crunch and counselling – in Sin’s words, “a beautiful game not just about trying to help people, but about the desire to help people”.