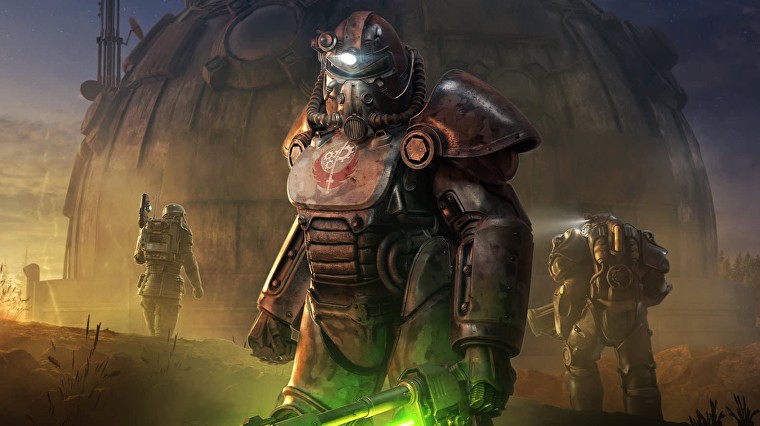 Fallout 76 is wrapping up the year with another free update of new features and quests. This time, the new storyline is focused on Fallout’s iconic metalheads the Brotherhood Of Steel. Bethesda have now announced that the Brotherhood are showing up quite punctually on December 1st and have rolled out a new video to introduce you to a few of them.

The Brotherhood is stomping into Appalachia as a relatively small party, who you can spot here in this new trailer. Paladin Rahmani, Knight Shin, and Scribe Valdez will be setting up shop in the Atlas Observatory along with some initiates that they’ve recruited to their cause. You’ll be running into them as they start digging into whatever government research secrets they can find in Atlas. You can also find out a bit more about each of them in a developer video from last week.

[embedded content]
To experience this #content, you will need to enable targeting cookies. Yes, we know. Sorry.
C.A.M.P. Shelters, which are handy little hatches that you can build in your base. They’ll lead underground to an instanced area of your own where you can build with a separate budget from your above ground camp.

In their video from last week, Bethesda also explain some other Brotherhood-related additions coming with the new faction. New weapons and armor are the obvious bit. This is the Brotherhood, after all. In particular, there’s a glowy green melee weapon you can spot a smidge of up top there. It’s called a plasma cutter that—okay yeah it’s basically a lightsaber.

There will also be two new allies that you’ll unlock in the next S.C.O.R.E. board, Fallout 76’s free battle-pass like system. The new allies, a medic and a chef, will provide a couple useful functions and talk with you. Bethesda have called them “lite allies” which sounds they won’t have their own series of personal quests the way Beckett and Daguerre from the Wastelanders update do.

Bethesda say that Steel Dawn is the first half of their planned Brotherhood storyline, the rest of which will be coming next year. You can read just a bit more about it on their site. The update launches on December 1st.