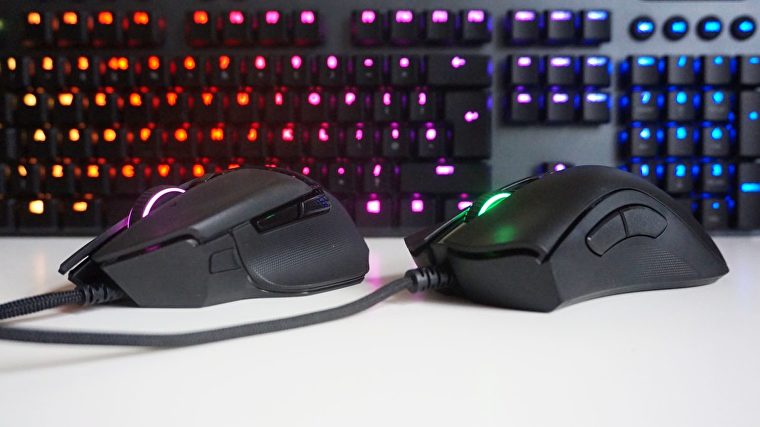 Almost all of Razer’s current gaming mice line-up are present and correct in Amazon UK’s Black Friday week sale today, with some – like the Razer Basilisk V2 and Razer Naga Trinity – dropping to half price or less, beating their previous Prime Day prices by quite some margin. If you’ve been thinking about getting a replacement mouse lately, here’s our pick of the bunch.

The Basilisk V2 is effectively Razer’s answer to the RPS readers’ favourite Logitech G502 series, with multiple programmable buttons, a thumb rest and RGB lighting. Right now it’s 53% off – might that be enough to swing the next vote?

The sale also includes two denizens of our own best gaming mice list, the leftie-friendly Razer Viper and the three-in-one Razer Naga Trinity, the latter of which is down to its previous all-time low of just £50 again. The Viper is an excellent ambidextrous mouse, so southpaws aren’t entirely left out – one criticism you could level at these deals is the lack of Razer’s own left-handed models – while the Naga Trinity stands out for its swappable thumb button panels that let it adapt to drastically different game control schemes. It’s also one of the pricier mice in the Razer catalogue, so a healthy discount is particularly welcome on this one.

Elsewhere, there are a couple of wireless options in the Basilisk X Hyperspeed and Basilisk Ultimate, and at £25 the cheap and cheerful Viper Mini could make for a decent backup or travel mouse. It’s got a bit of premium flair, though, with Chroma RGB support. Hey, it’s still a Razer mouse.

Of course, this is but one manufacturer amid the hardware madness that is Black Friday, but you can stay on top of everything with our Black Friday mouse and keyboard deals round-up and our main Black Friday deals hub.