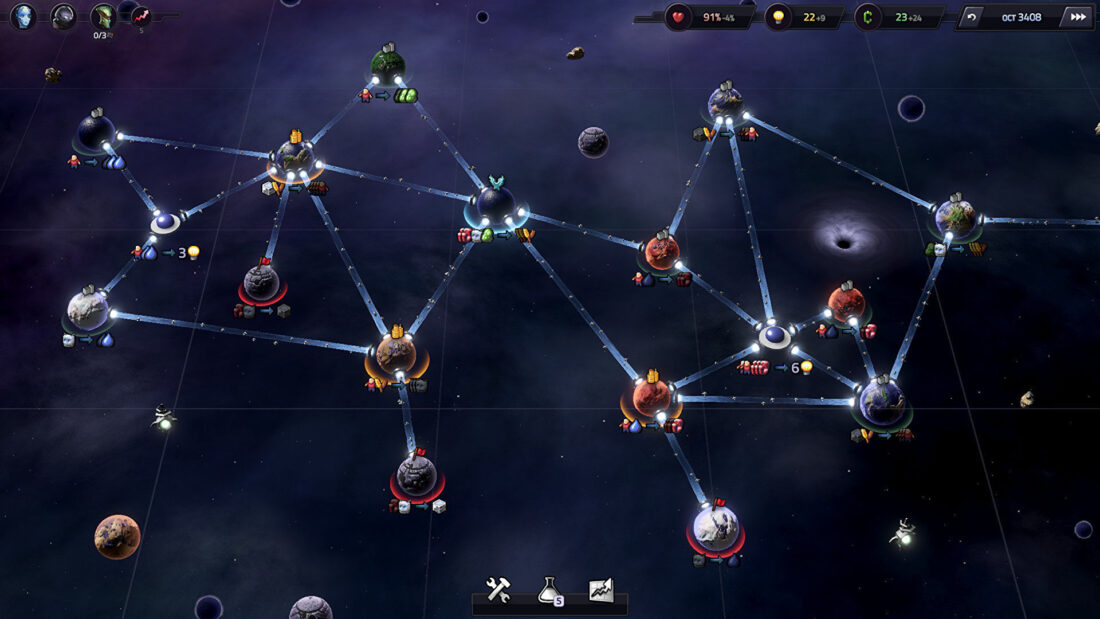 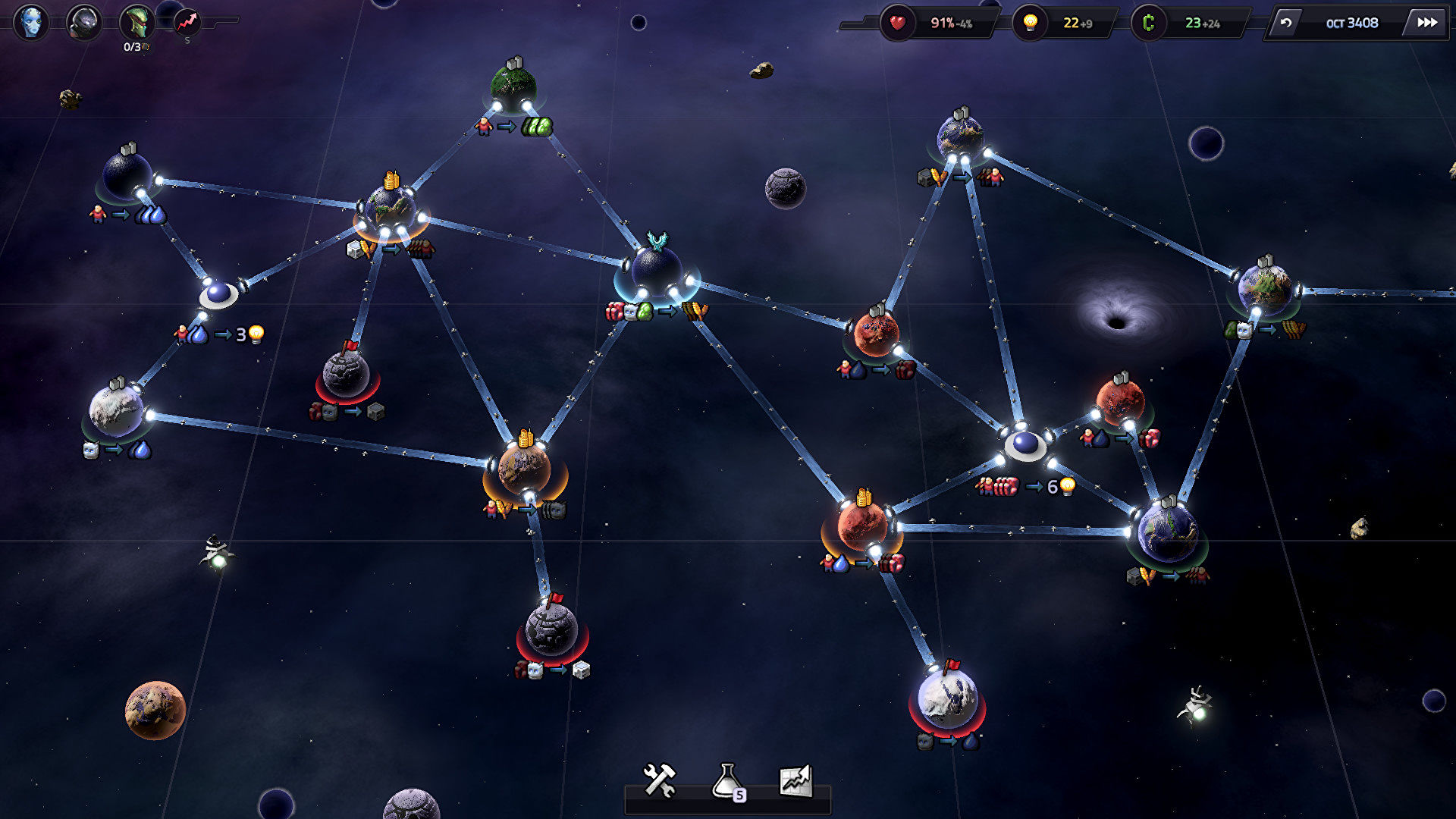 Slipways is a grand strategy game boiled down to such basic principles that it feels like a puzzle game. It was the best game I played during the Steam Game Festival. The problem is that the festival ended earlier today, and so the demo’s gone now.

This is a post about what you can’t have.

Your goal in Slipways is to expand your empire. You do this first by scouting, sending out probes as if throwing stones into a puddle and letting the ripples reveal planets. The planets can then be colonised, which means selecting a type of colony. Different colonies require and produce different resources.

This is the entire game, more or less. You draw paths, trying to keep each planet happy with imports and exports. If a planet has one need met, it will tell you another, and you can eventually turn ‘struggling’ colonies into ‘established’ and ‘successful’ colonies. Assuming you don’t mess up, of course.

Those interplanetary warpgates can’t criss-cross one another, and have limited range. You’ll quickly find that you badly need microchips to keep a planet happy, but that you already wired up the nearby microchip planet in such a way that it now can’t reach to where you now need them. Or maybe you didn’t build a microchip-producing colony at all, and now you’re producing too much water instead but have nowhere to send it.

Which is how my “let’s give this a go then” play session last night ended over three hours later, with me squinting over the game’s stellar map, obsessively trying to form a perfect web of trade routes.

There’s a lot more going on in Slipways that I haven’t described here, including a tech tree, a research system, and a council of aliens who have different needs you can meet to unlock new powers. I wasn’t kidding when I called it a grand strategy game. But it’s this puzzly core that has me hooked, because it’s condensed the decision making of the genre until just the most important decisions remain.

If I’ve succeeded in making you sad that you missed the Slipways demo, then I have two further pieces of information that make be a salve to fresh wounds. First, the game will enter a closed beta phase in the next month or two according to a Steam news post.

Second, the game began life as a PICO-8 version that you can still play in your browser right now. The new version is utterly lavish, a far cry from the simple (though satisfying) pixel art of the original, but the ideas are the same across both games.

Of course, if you like wounds, you can instead read our list of the other great Steam games festival demos you can no longer play.

Slipways is available to wishlist on Steam and aiming to release some time this spring.