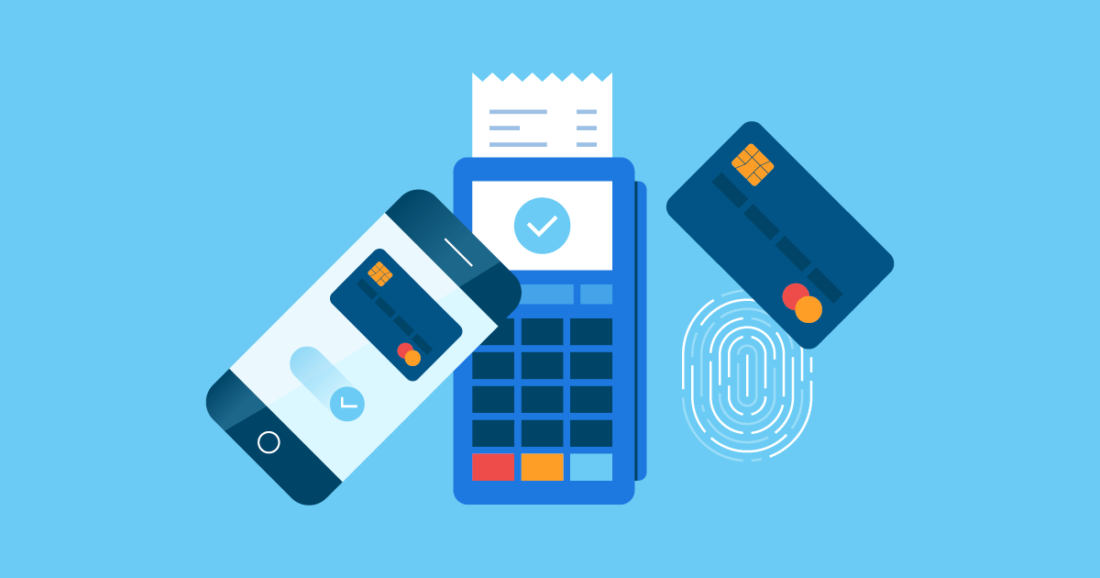 Australia chose to relax social distancing rules in May, allowing many consumers to enjoy their first post-lockdown outing to pubs, clubs and restaurants. However, governments advised hospitality venues and punters to tread carefully to prevent further spreading of the virus. Primarily, this meant minimising human contact as much as possible. 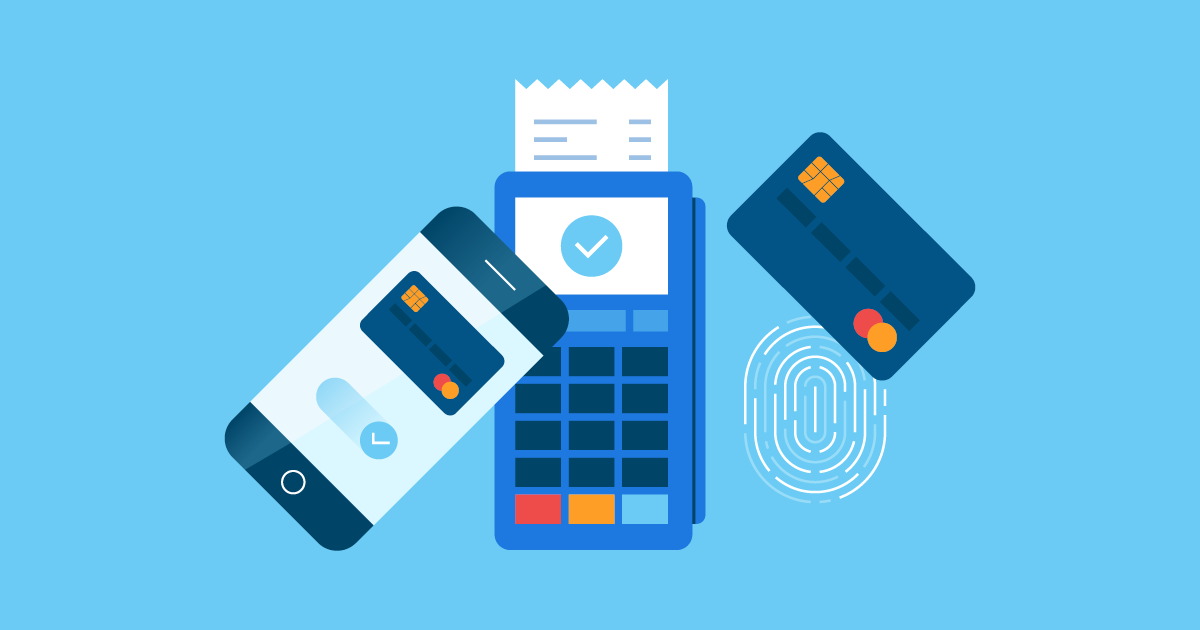 Businesses had to ensure they had the correct resources in place to handle contactless payments. From the months of April to May, Capterra saw a 37% increase on its website for individuals browsing payment processing software—a technology that allows businesses to take digital payments, eliminating the need to handle dollar coins and notes.

In a survey of 1,020 respondents, Capterra highlights how COVID-19 has meant more Australian consumers are embracing the idea of a cashless future than ever before. However, the gender, income and age of a person play a pivotal role in their readiness towards cashless payment options.

Key highlights from the survey:

What does a cashless future mean?

The term ‘cashless’ refers to the eventual disappearance of hard cash, and instead, all payments will happen electronically.

Australia has flirted with the idea of becoming a completely cashless society for some time. Before the virus was declared, it was already on a roll with encouraging consumers to spend using digital payments. The Reserve Bank’s 2019 Consumer Payments Survey found that cash, which used to be Australia’s most dominant form of payment, is now barely cracking a quarter of transactions. Cryptocurrency activity has also increased significantly in Australia over the last decade.

But it’s not only consumer spending that is switching to digital alternatives. In 2019, the Senate Economics Legislation Committee gave its green light on the Currency (Restrictions on the Use of Cash) Bill 2019. The bill, which hasn’t yet passed, proposes to make cash payments above $10,000 a criminal offence.

Despite this, when the world announced the pandemic, there was evidence of wealthier Australians rushing to the bank to make huge withdrawals—some taking out millions of Aussie dollars at once. This reaction indicates that even with the rise of digital payment options, Australians still view physical cash as a dependable form of payment.

58% of Australians have a mobile wallet installed on their devices

Capterra’s survey found that this type of technology already has a big presence in Australia. More than half (58%) of respondents said they have a mobile wallet installed on their devices.

Many Australian retailers are now refusing cash to try and protect the risk of spreading the virus—and according to the law, retailers were and still are perfectly within their rights to do this. While cash usage has been declining for some time, COVID-19 certainly propelled Australians further towards digital payments.

Of the 14% of respondents in Capterra’s survey that said they hadn’t used a mobile wallet before the pandemic, 98% say they want to continue to pay this way in the future.

The younger the person, the more likely they are to have a mobile wallet

Younger generations are the biggest embracers of mobile wallets—82% of consumers under the age of 25-years-old have one installed. 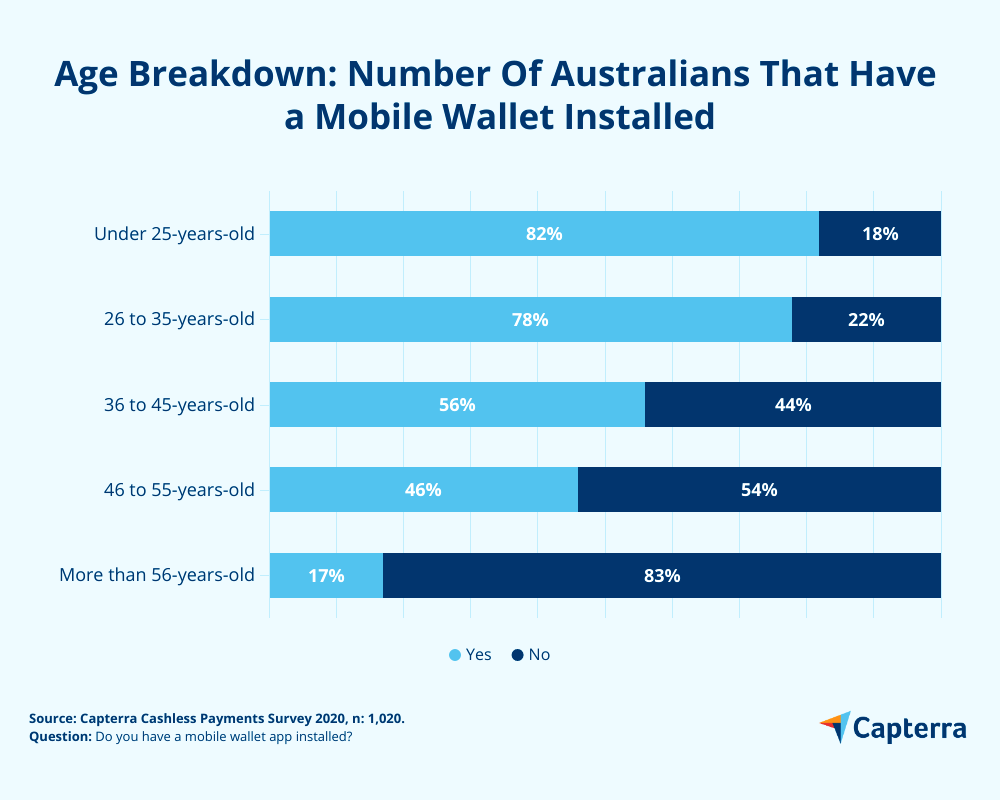 While 82% of under 25-year-olds have a mobile wallet installed on their phone, 83% of people over the age of 56 didn’t have one. However, the generation after this group (46-55-year olds) is embracing mobile payments significantly more.

There was a difference in terms of gender for mobile wallet adoption rates in Australia too. 65% of men have one installed on their phone compared to 53% of women.

When looking at the number of respondents who categorised themselves as being quite tech-savvy to very tech-savvy, men were 5% more confident in their abilities than women. 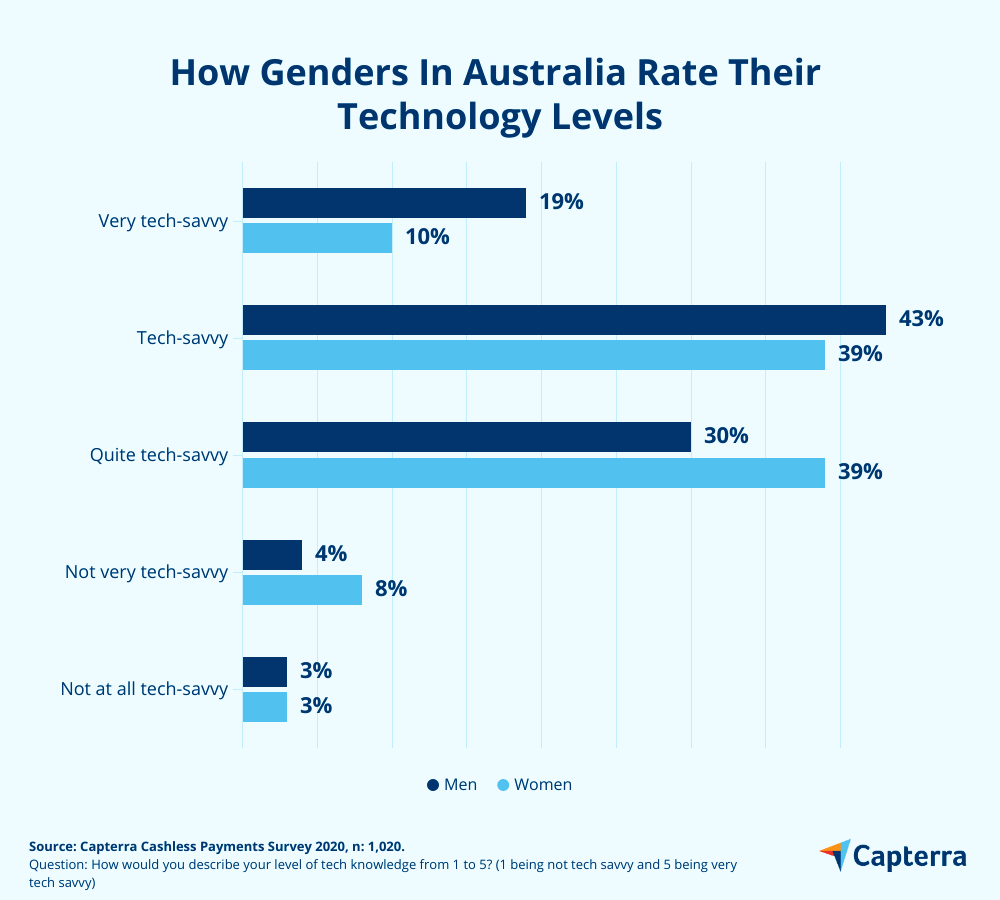 Credit & debit cards are still the most popular payment methods

Despite COVID-19 driving more people to download a mobile wallet, credit card and debit cards are still the most popular way for consumers to pay in-store. 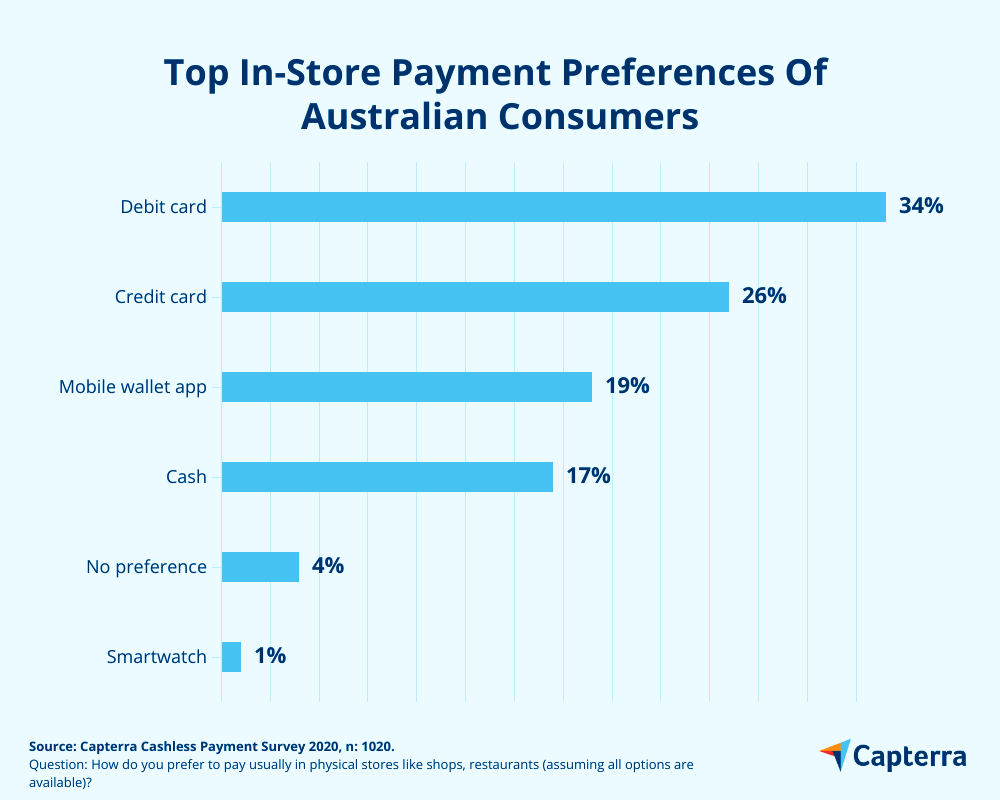 For 45-55-years-old, cash was the most popular form of in-person payment. 54% of these respondents chose cash as their preferred choice. For the highest-earning group (more than $101,000 per annum), 42% prefer to pay by credit card, making it the most popular method for them.

Lower-income Australians are less likely to use mobile payments

Around half (49%) of the lowest earners in Australia (less than $25,000 per year) said they have a mobile wallet app installed on their phone—opting first for debit card payments, followed by cash. Adoption rates of mobile wallets steadily creep up the more a person earns. 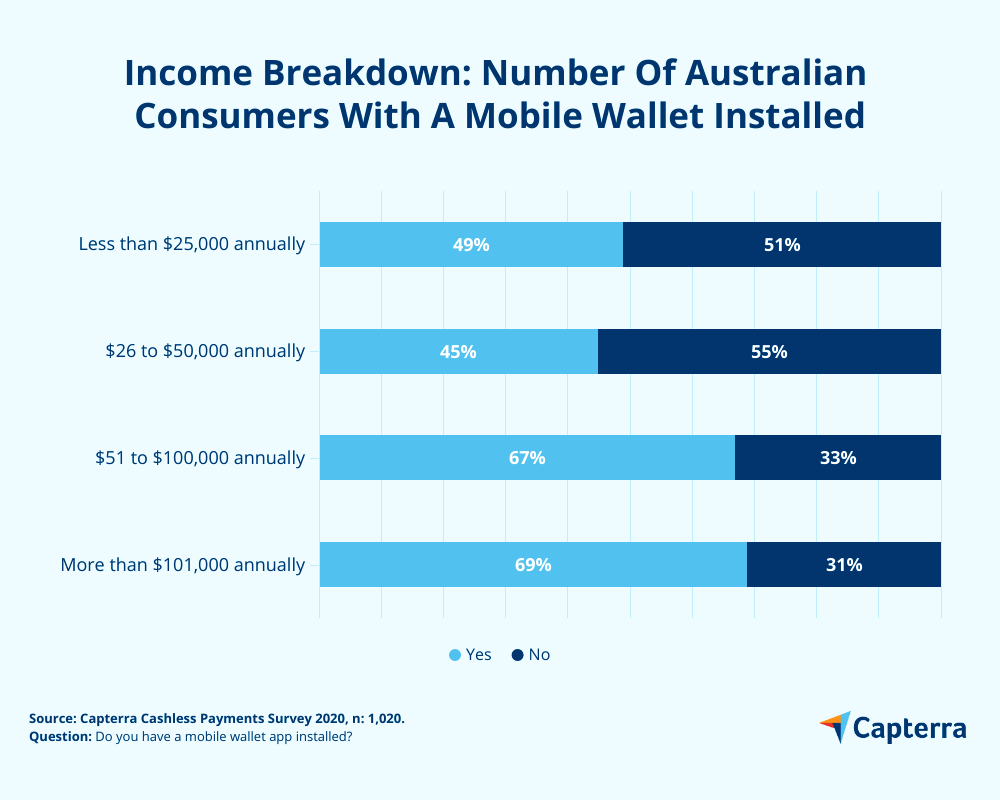 Health reasons are the biggest driver for using cashless payments

Respondents voted on several advantages of mobile wallets, of which the top five were:

Given the world’s ongoing struggle with the Covid-19, it makes sense that health concerns were given as the top advantage of using mobile wallets. When asking users what drove them to use all digital alternatives to cash payments (such as chip-and-PINs and contactless card payments as well as mobile wallets), health concerns remained. However, other motives changed slightly:

Security around mobile wallets is a concern

While protection against a physical robbery was a top driver for mobile wallet users, 57% of respondents had concerns about digital security threats. This was the top concern, referencing potential security breaches such as data theft or phone hacking. The younger the person, the bigger a concern this became. 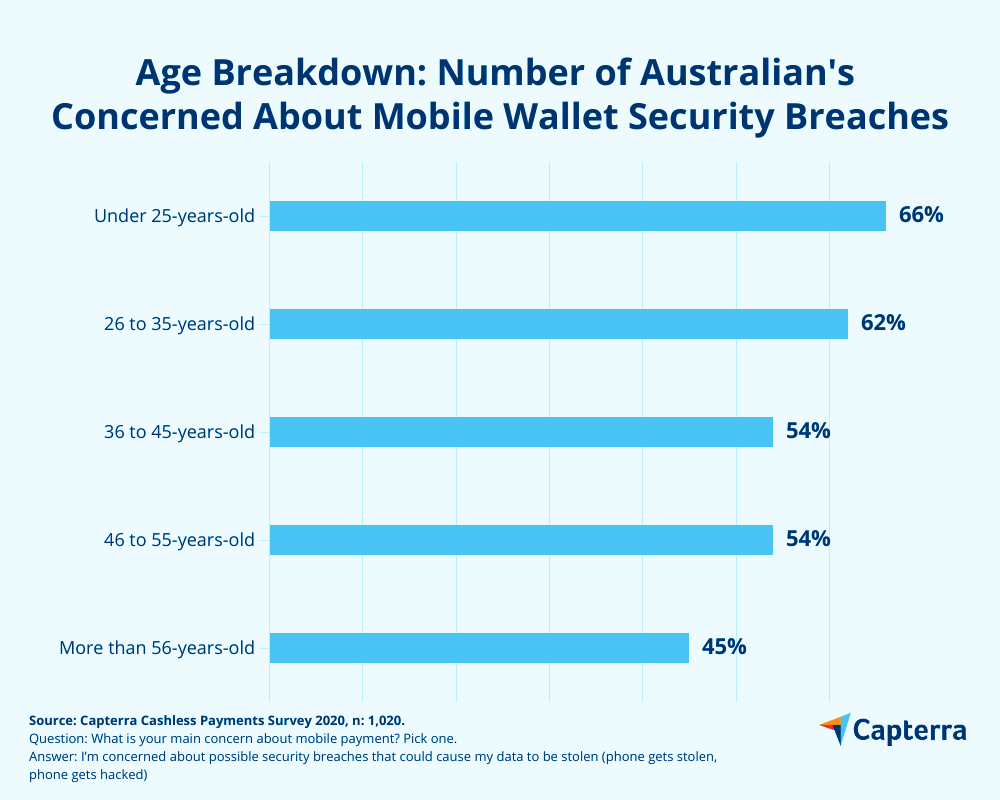 Another reason people gave for abandoning cash in favour of mobile payments was a lack of motivation. 18% of respondents said they’ve happy with cash and have never felt the need to use mobile payments—this opinion increased with age.

When asked about concerns for all forms of cashless payments, as well as the mobile wallets, concerns included:

Australia is on course for a more cashless future

Australia may benefit in the short-term from using cash less, but going cashless is a step too far for many demographics. Around half (55%) of the survey’s respondents said they would feel comfortable with a cashless future. However, 20% say they’ll always feel a need to carry cash, even if 100% of stores accepted cashless payment options.

Experts predict that Australia will become a completely cashless society by 2022. However, it appears many demographics—particularly older generations and lower earners—require more time to adapt to this concept. Businesses considering switching to digital payment processing, therefore, should ensure they’re choosing software that offers in-store cash payments too.

Looking for payment processing software? Check out our catalogue.

Capterra wanted to understand how ready Australian consumers were for becoming a cashless society. To ensure the survey panel represents the wider consumer market, we included all ages, employment types, salaries and levels of technical knowledge.

The participants come from various business sectors and levels of seniority. The panel includes 58% female and 42% male respondents, and incomes ranged from less than $15,000 per annum to more than $201,000 per annum.

The Cashless Society in Australia survey ran between 14th and 22nd of July.