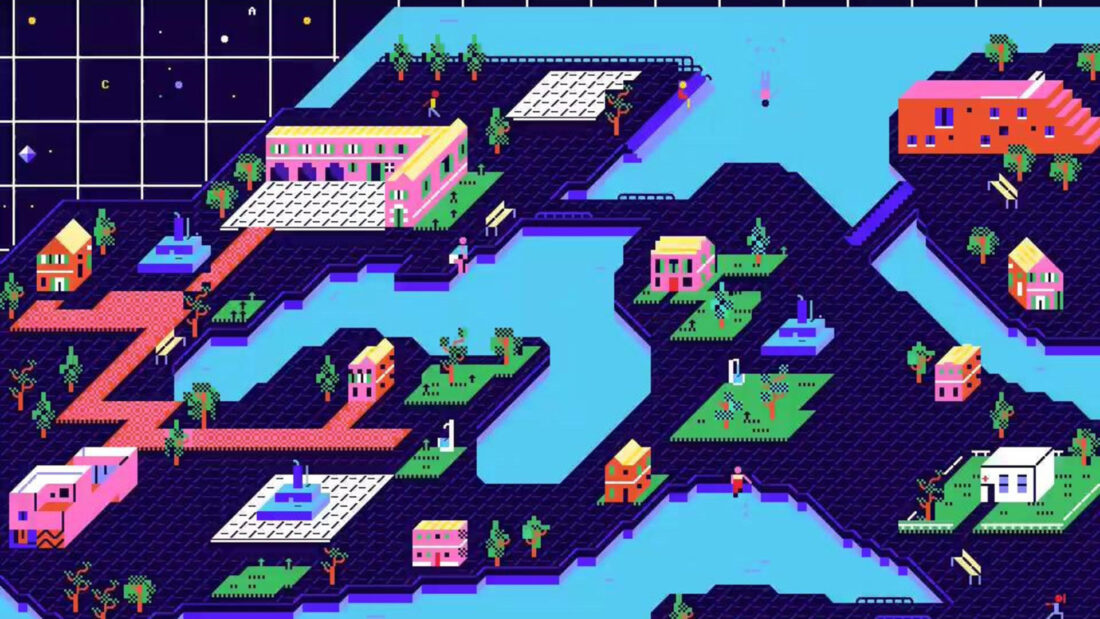 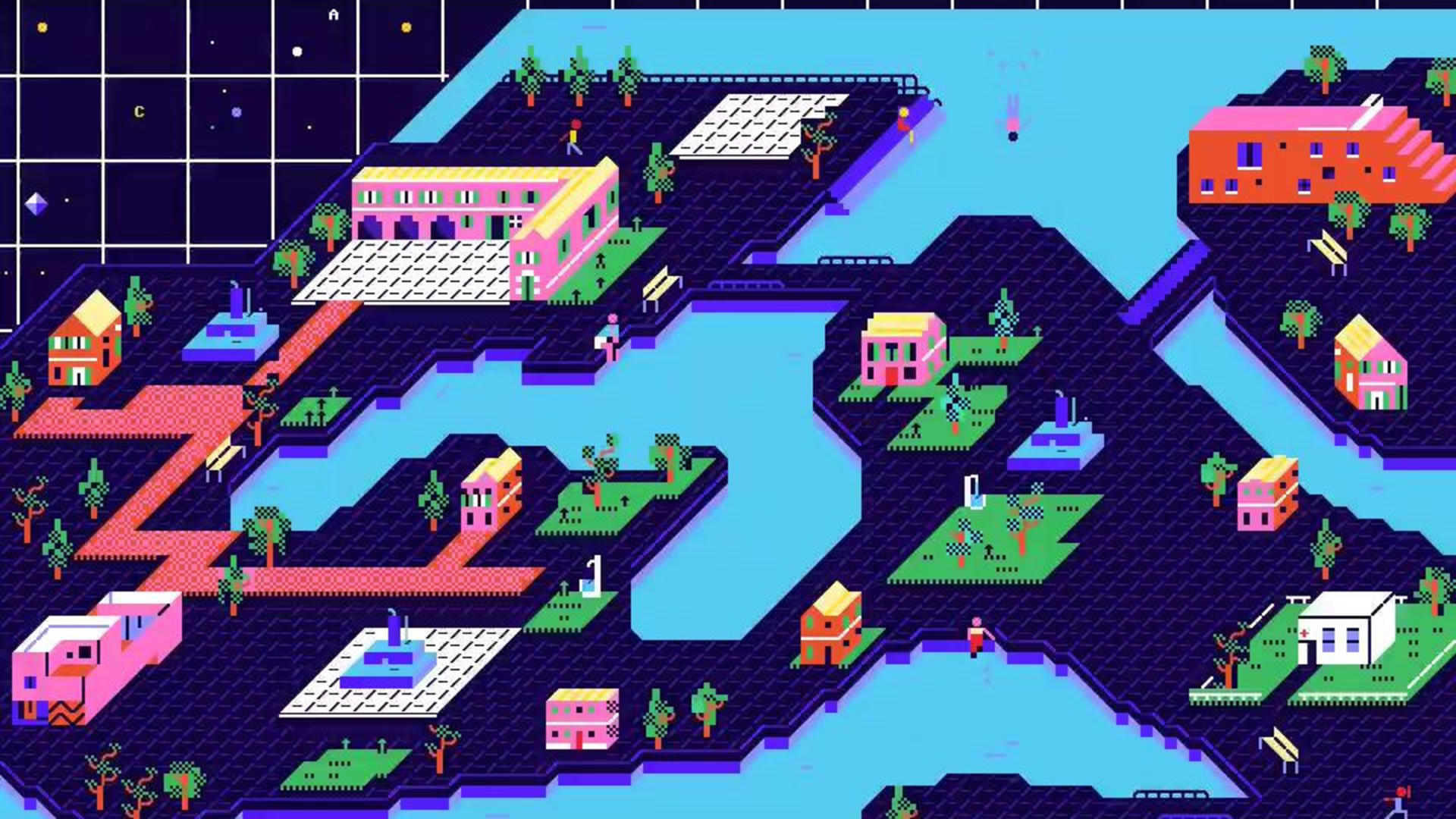 Screenshot Saturday Sundays! Yes, the sound of jingling bells may be getting irrepressibly lounder on the horizon, but we can still take reprieve against the oncoming yuletide with a festive-free edition of lovely videogame screenshots. This week: interstellar suburbia, power-up sequences, turning out the lights and vibing to the beat.

It’s a crying shame that there isn’t a new mech game to fill this column with every week. Let’s fix that with this slick-as-hell gif from Westgunne developer Jason Koohi.

Been a while since I showed you all the new progress on the revised cockpit boot-up sequence. I animated a few extras I forgot to show! #pixelart #gamedev #screenshotsaturday #videogames #WESTGUNNE pic.twitter.com/QLugQXKGsM

From Hawken to Heaven Will Be Mine, I’m obsessed with a good Mech start-up UI (and it’s to my ever-lasting frustration that I never got one into Can Androids Pray). Koohi’s absolutely nailed it here with an ultra-stylish burst of analogue screens and neon lights, cranking up the anime with a brief cut to the cocky pilot before ejecting through the launch tunnel.

Westgunne itself looks a fun enough side-scrolling shmup, sporting the same arcade flair as the studio’s previous Stardust Vanguards. But honestly, I think I’d be happy to just replay the launch sequence over and over and over again.

Next up, we’ve worked out what happened to the vanishing middle class. Apparently, they packed up and took their white picket fences into orbit with Spaceship Troubles.

Considering its premise – that of the last survivors of humanity fleeing a dead Earth to find a new home elsewhere – Mattias Ljungström’s city sim has a very whimsical, early-PC aesthetic. As the AI manager of this interstellar colony, it’s your job to keep the residents of this floating neighbourhood healthy and happy, managing the ship’s “fragile ecosystem” and ensuring the celestial town doesn’t crumble before it can make landfall on Earth 2.

That I personally haven’t covered Thief-with-guns ’em up Gloomwood so far in this column is a crying shame. In my defense, developer Dillon Rogers shot out all the lights – how was I s’posed to see it?

Tonight, the doctor begins his vendetta against every source of light in the city. This was *the* most requested feature.

Wishlist now to plunge the world into darkness at https://t.co/V1kdtgSR8m#gloomwood #screenshotsaturday pic.twitter.com/rw5qcOKe7K

Remember when being able to shoot out the lights was the biggest deal? It was Splinter Cell, for me, but I remember the sheer sense of power that came with being able to change the visual balance of a scene with a bullet. 20 years later, it’s still a joy to see Rogers sprint through a space in some kinda light-snuffing speedrun, though I reckon it’ll have more practical uses in the final game’s pistol-whipping Thief-ish romp.

Our last entry for the isn’t a game, so much as a chill music visualiser from Mothergunship artist Chris Zuko.

I spent today improving the curves for the links. Looks less chunky now! That combined with the note visualizers around the edge is starting to really make things look more and more snazzy! Still all very WIP#screenshotsaturday #UnrealEngine pic.twitter.com/MY8drMup1k

Oh, to be an orb vibing in the electrical currents of lo-fi jazzhop.