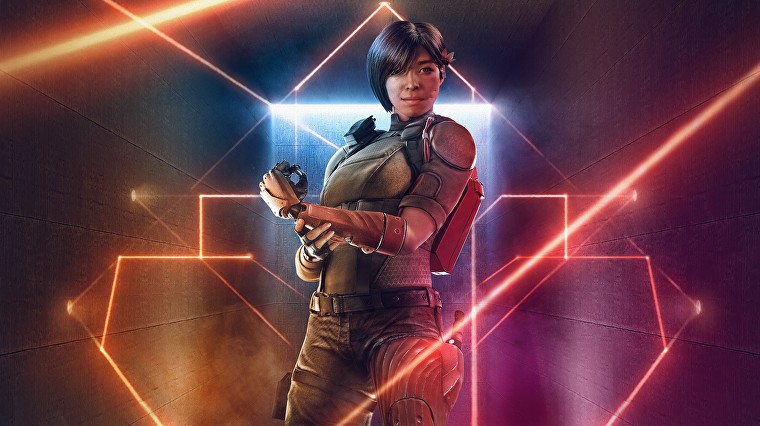 Rainbow Six: Siege is gearing up for its next season Neon Dawn and calling up a new operator for defense. Ubisoft have shown off Aruni and her tricky shock gates that will throw a wrench in attacker’s plans while letting fellow defenders pass through. You can catch an overview of her abilities and a bit about the rework for the Skyscraper map in a new video.

Aruni’s gadget is called a Surya Gate, a laser barrier that can be deployed horizontally or vertically over walls, doors, hatches, and such. You can see it in action in Ubisoft’s Neon Dawn video right here.

Fellow defenders can waltz through the Surya Gate without trouble, but attackers will take 40 points of damage to their health to get through. After it unleashes a shock, whether that’s to an enemy player or one of their drones or throwables, it will briefly deactivate to recharge. Attackers can also make use of the gap between a floor and the Surya gate when it’s deployed in a doorway. Let the tactical debates commence, defenders.

Aruni will be free for year five pass owners when the season launches, Ubisoft say. Everyone else can unlock her with Renown or Credits a week later.

As for that rework of Skyscraper, Ubisoft have three goals. “The first is driving Attackers inside by lowering the number of balconies and relocating them to remove some of the crossfire players could create previously from outside,” they say. “An entirely new rotation between the two sides of the building on the second floor was also added. Lastly, the bombsites have been balanced to make them all more competitive.”

There are some new accessibility features coming in Neon Dawn as well. Players can enable Voice to Text or Text to Voice for text chat in the options menu. “Players can now adjust the audio/visual cues for the chat and the font scaling,” Ubisoft say.

Neon Dawn is being thrown up on the Siege test server today at 6:30pm GMT/1:30pm EDT.